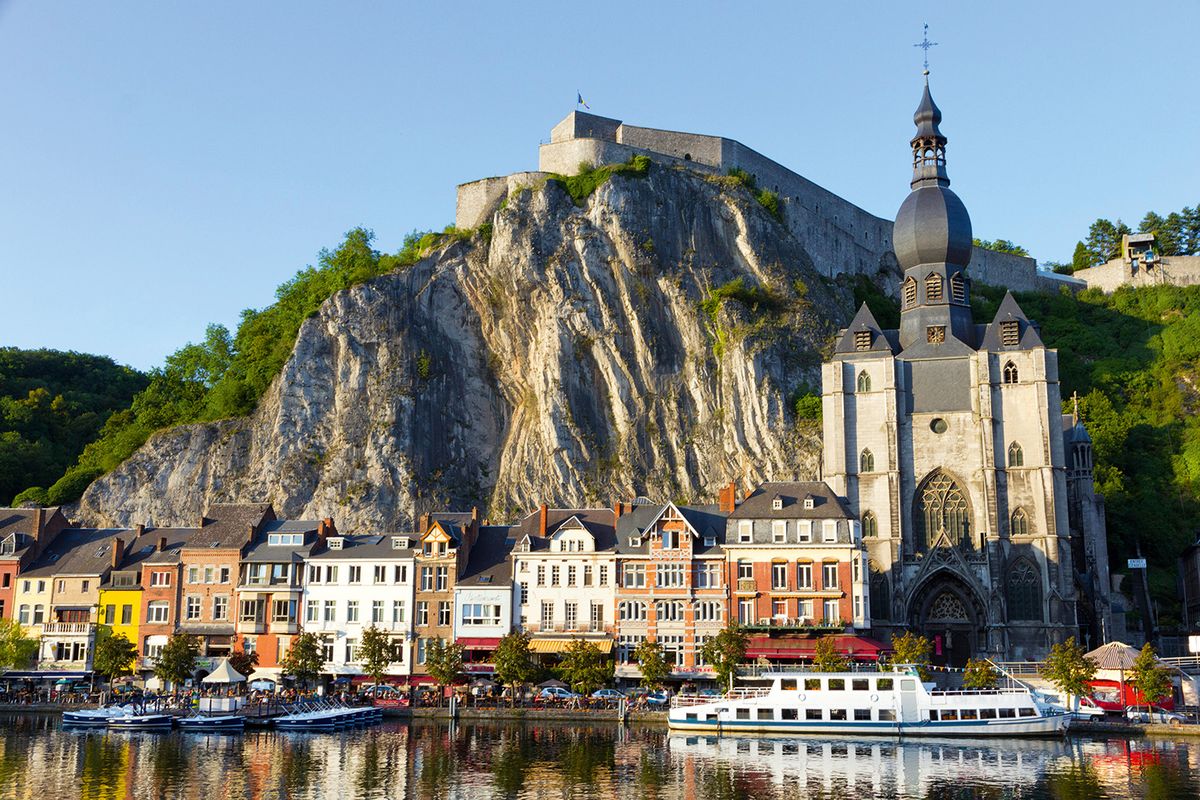 Only 1h30 from Calais, start your tour of Wallonia in Tournai. See one of Belgium’s oldest cities, once part of England after it was captured by Henry VIII, and its UNESCO-listed Notre-Dame Cathedral from the top of the adjacent belfry. In Leuze-en-Hainault, the vast collection of cars in the Mahymobiles museum captivates petrol enthusiasts. Stop in medieval Ath, nicknamed “the City of Giants” for its folk festival, and finish in Mons, renowned for its cultural institutions as well as its monuments and events marking the two world wars.

In Chimay, learn about the history of Trappist beer and cheese at the Espace Chimay museum, then visit the majestic Château de Chimay. Explore Hitler’s bunker, the headquarters of his offensive in France, at Brûly-de-Pesche. The lovely Bouillon is dominated by its feudal castle, while Chassepierre and Torgny are among the most beautiful villages in Wallonia. Night stop Dinant has its own imposing citadel while giant saxophones line a bridge over the Meuse in honor of the instrument’s inventor and Dinant’s famous son, Adolphe Sax.

Rochefort is known for its artisanal cheeses and its Trappist beer produced at Notre-Dame de Saint-Remy. A guided tour of the vast underground caverns of the Caves of Han includes a sound and light show. Bastogne’s museums shed light on its role in the Battle of the Bulge in World War II. Savor the picturesque charm of the heart of the Ardennes at La Roche, with its 9th century castle, and Durbuy, “the smallest town in the world” with the largest topiary garden in the world. End the day with a relaxing bath in the elegant Spa, the city that gave its name to health and wellness centers.

Rev your engine and head to Spa’s Francorchamps motor racing circuit, where races include the Belgian Formula 1 Grand Prix and a museum. After Stavelot Abbey and charming Malmedy, visit the restored 14th-century Château de Reinhardstein and climb the six-meter-high stone steps added to Signal de Botrange, the highest point in Belgium, in 1923 to raise it to 700 meters . In Liège, people-watch over coffee and a Liège waffle at a sidewalk café in Place du Marché and admire architectural marvels such as the Prince-Bishops’ Palace.

Stop for a plate of fries in Huy, located on the Meuse, where the Belgian staple is believed to have originated. Grab some handmade pralines in Wavre before visiting Waterloo, where the Waterloo 1815 Memorial stands on the site where Napoleon was defeated in 1815. In Waterloo itself, Wellington’s HQ is now the Wellington Museum. End the tour in the Walloon capital, Namur, with its picturesque old town and mighty citadel.