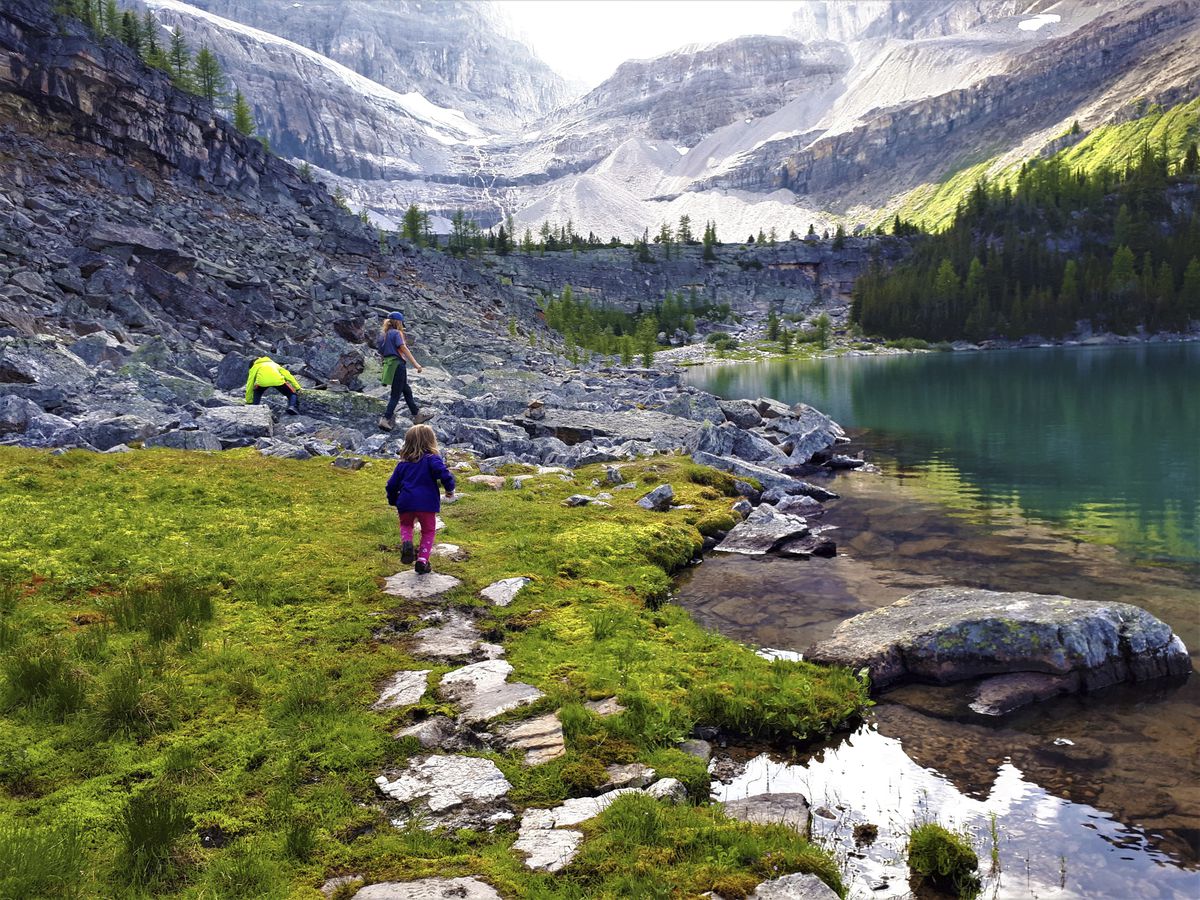 Grabbing some snacks from a store, a woman I’ve never met turns to me and gives me a welcoming smile. She says she is going to a party at a pier and invites me to come. I’m a stranger in this town, but I’ve been invited to this gathering before – five times.

I already know the party, having spent most of the day here at Triton with Mike Roberts, a fisherman who has been on the water for 30 years. Every day in the summer, he gets up before dawn and heads his longliner out to Badger Bay in search of crab, cod, capelin and squid. In the afternoon, he welcomes tourists on his 23-foot motorboat, Black Beauty, and takes them to his favorite spots.

Stops include the rainbow of fishing shacks on Jim’s Cove, waterfalls, resettled communities – homes hauled by teams of horses over the ice in winter, by order of Joey Smallwood, the first premier of the province – and the caves, which we enter, filled with crystal clear water and lined with shellfish, including lobster, and starfish.

“People need to see this,” Roberts says, of the entire region. I hasten to agree.

The fishing villages that line the coves, tickles and inlets here in the Green Bay area, subdivided by rugged, sculpted mountains, tell the story of central Newfoundland.

The area is less than two hours east of Corner Brook (and more than five hours west of St. John’s) in a part of the province where the land is breaking into a million small pieces, of islands and peninsulas and rugged points, nothing but blue Beyond the North Atlantic. There are surprises. At Triton there is a 13 meter sperm whale skeleton locked away in an excellent interpretive centre. Next door on Pilley Island, there’s a microbrewery called Bumblebee Bight that offers “berths, beers and b’ys” – overnight accommodation, wood-fired pizza and craft beers with a crowd fun.

And there are characters. After a fresh seafood lunch on the water off King’s Point, I visit Dulcie Toms who has run Joshua Toms and Sons since before the road passed. You can buy anything from hand-knitted quilts to antique tea sets, but the main attraction is 86-year-old Toms, who will tell you stories of when goods arrived here on boats steamed.

Near Springdale, I slip on a set of waders and follow Shawn Rowsell into the Indian River. The cold stream traces a curving course through rock from deep within an emerald forest to the sea, the constant roar of a waterfall echoing nearby. As the clear water swirls below, up to my knees, Roswell teaches me how to cast a fly, more art than science, in search of salmon. “People are really blown away by all this beauty,” he says, noting that he is there every day in the summer, enjoying the scenery and the water so clean that he drinks straight from the river. “I love being here. If I catch a fish? It’s just a bonus.

We don’t catch anything. But go up the road to Triton, we’re partying. Join Roberts, and the friendly woman from the store, and someone from the center of the whales, and a whole bunch of others from the village, a guitarist and a squeezebox player, we shake the dock. While singing, between bites of fried cod and calamari. People stop on their boats to say hello, and at one point the herrings start to whirl. Thousands of them, tiny little fish filling the water all around us, a boiling black cloud but below. Someone throws a net, and we eat some too. The guitarist plays a little more, and we sing, a long time in this Newfoundland night.

The writer was invited by Tourism Newfoundland and Labrador. He did not review this article prior to publication.