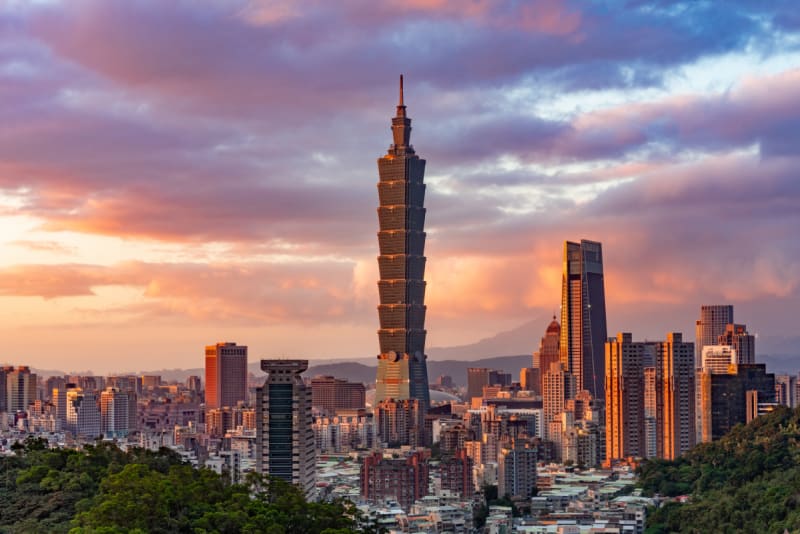 Vacationers, rejoice. In the wake of Japan, Taiwan has removed travel restrictions and opened its borders to international tourists.

As of September 29, 2022, Singaporeans can enter Taiwan without a visa for up to 30 days. Pre-departure PCR testing is not required and there is no vaccination requirement to enter Taiwan.

But since October 13, quarantine is no longer required and travelers simply have to observe seven days of health management.

Taiwan had been gradually easing its restrictions under what it calls the “new Taiwan model”, which aims to coexist with the COVID-19 virus without shutting down the economy. Its final step is to remove travel restrictions and quarantine measures to reopen to international tourists.

With the Taiwan dollar depreciating to its lowest level in more than five years (from S$0.050 to S$0.044 for every 1 NTD), this could be a good time to visit before the tourist crowds return. So, if you are already planning a trip, here are some areas you won’t regret visiting.

Taiwan’s cultural heritage is a combination of Chinese, Japanese, Aboriginal, Dutch and contemporary influences. You can shop in the Taipei City district, hike Taroko Gorge, admire the vast collection of Chinese artifacts at the National Palace Museum, or cruise around Sun Moon Lake, all while enjoying the generous hospitality that Taiwan is famous for.

Explore this humble but vibrant island with our roundup of the best places to visit in Taiwan.

Sun Moon Lake is the largest alpine lake in Taiwan and is best known for its cultural heritage and, of course, its natural beauty. In the foothills of Taiwan’s central mountain range, silky waters lie amid forested peaks.

It enjoys a pleasant climate all year round and is surrounded by countryside dotted with temples and pagodas. One of these pagodas is Chi-En Pagoda (aka Filial Virtue Pagoda), where you can admire spectacular views of the area. In the spring, you may even spot fireflies on the trail leading to the pagoda. To explore Sun Moon Lake, you can bike along the pedestrian bike path around the perimeter of the lake, hop on a cruise that departs daily from the shores, or even rent a canoe or rowboat. Alternatively, there is a cable car service which offers views of the mountains and the water. To the east of the lake is the Formosan Aboriginal Culture Village. As the name suggests, this theme park includes a section of recreated native villages that feature traditional handicrafts and weapons.

As the country’s oldest national park, Kenting National Park is located in southern Taiwan and is a popular destination among tourists and locals. Its biggest draw is its scenic views, beaches and summer weather that make it so appealing.

A must-see attraction is the Eluanbi Lighthouse which overlooks its surroundings. The annual Spring Scream Festival also takes place in early April and attracts thousands of music lovers each year.

Home to the indigenous Tsou people who are best known for their tea making, the Alishan National Scenic Area is a mountainous region comprising twenty-five mountains reaching a height of two thousand meters, as well as forests, waterfalls, hills and valleys. Suffice to say that the view is spectacular.

To get to the various viewpoints along the way, you can take one of the trails and paths or hop on the Alishan Forest Railway which winds through the forests and along the mountainside. Its final stop is at Fenqihu, a scenic railway town that contains the ruins of a Shinto shrine.

A short train ride from Taipei is Taroko National Park, a scenic gem that makes it one of Taiwan’s natural wonders. At times the vertical cliffs and winding tunnels of the gorge come so close that from afar they seem to meet.

One of the main attractions is the Eternal Spring Shrine, which was built in memory of those who died during the construction of the Central Cross-Island Highway in the late 1950s. You can take the Taroko Gorge Trail from the park entrance to access the sanctuary, a tranquil spot that includes a waterfall and a pavilion.

Another attraction is the Swallow Grotto, a 400m stretch of limestone and marble cave that lies to the west of the sanctuary. It is one of the most popular trails in the park due to its breathtaking view of the beautiful Liwu River. You may even spot the swallows that make their occasional appearance near the rock face. To the west is the Nine Bends Tunnel, where you can take in sweeping views of the gorge’s white marble cliffs as you walk through some of its narrower sections.

Jiufen and Shifen are popular day trip destinations that you can easily do from Taipei.

Until the Japanese occupation in 1893, the small mountain town of Jiufen in northeast Taiwan was quite isolated. Following the gold rush during this period, the city grew rapidly, and many buildings in the city reflect the Japanese influence on Taiwan’s architecture and culture to this day. It is now best known for the old town of Spirited Away, which features narrow lanes lined with teahouses, souvenir shops and street food stalls.

Some Jiufen attractions include the Shengping Theater, which was established in the 1900s and has since been restored, and the Gold Mine Museum which showcases the town’s history as a mining center during the gold rush. Japanese era gold.

Similarly, Shifen was a mining town before the 1950s and features a collection of lanes and lanes around the area of ​​Shifen Station. The railway town retains its rustic charm while offering local delicacies and the iconic Taiwanese activity of throwing sky lanterns.

The Kinmen Islands are a group of islands located between Taiwan and China. Historically it was the battle site of nationalists and communists in 1949, although it is now a popular tourist destination. Due to its historical significance, there are many historic buildings in Kinmen, as well as ancient architecture, beaches and beautiful landscapes. Its natural beauty with lush forests, wildflowers and nature reserves such as Kinmen National Park has earned it the nickname “Park in the Sea”.

It’s also known for its local cuisine and produce, so you can do some souvenir shopping while indulging yourself.

Ready for your next Taiwan adventure? So be sure to check the best travel credit cards who can give you the most rewardsmiles and cash back.