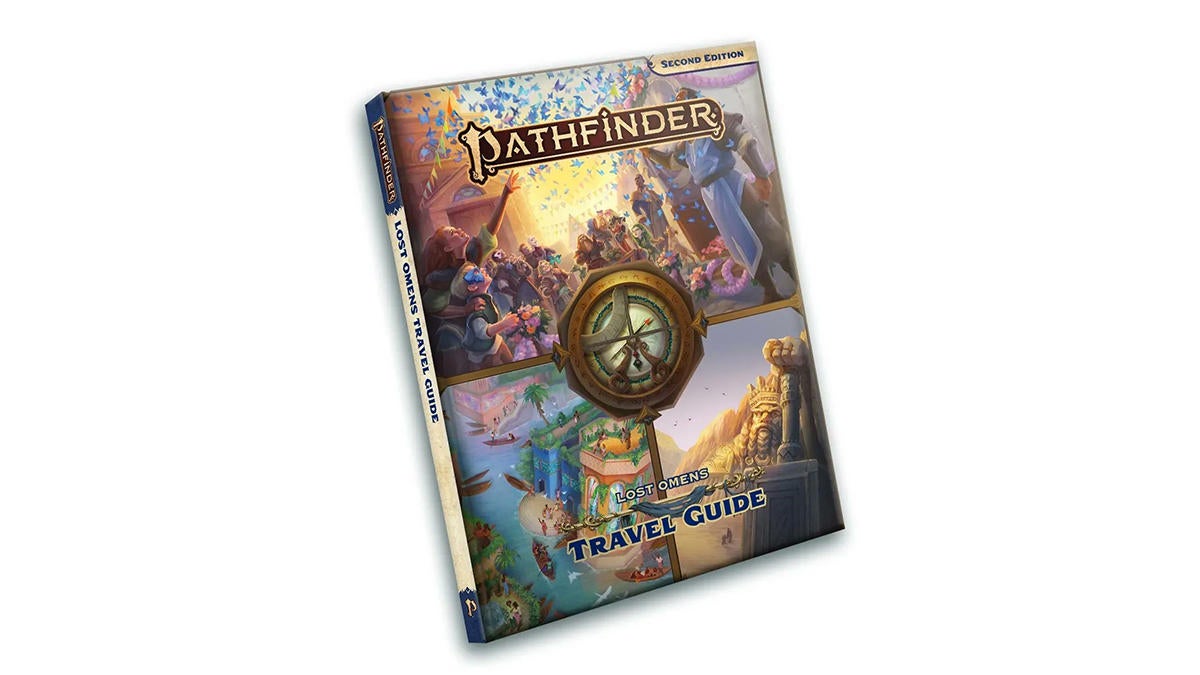 Paizo announced a new Pathfinder: Lost Omens book that will serve as a travel guide for the Inner Sea. Lost Omens: Travel Guide is an upcoming sourcebook that serves to flesh out the cultures of the Inner Sea, the core area of ​​Golarion in which nearly all Scout adventures published by Paizo take place. The new guide will cover “the culture, life and sights of the Inland Sea”, provide details on cuisine and art, explore the different types of sports played in the Inland Sea, and provide players with details on the latest fashions and festivals. Lost Omens: Travel Guide will be released in September and has a retail price of $39.99.

Paizo publishes two concurrent lines of books to support Pathfinder second edition (or Scout 2E as it is commonly referred to online by fans): a series of rulebooks that serve as expansions to the game and the Lost Omens series, which serve more as sourcebooks and campaign setting guides and delve deeper into the lore, culture, and characters of Golarion. While rulebooks are about 80% mechanics and 20% knowledge, Lost Omens line are the opposite, with 80% knowledge and 20% mechanics. While some of Lost Omens books have deeper connections to the monthly Adventure Path series also published by Paizo for Scout, many books simply provide players and GMs with knowledge on which to build their own campaigns. Honestly, the Lost Omens are among the best tabletop RPG books currently being released by any company, featuring a wide variety of voices and points of view that help make Golarion feel like an actual location rather than the setting of a world.