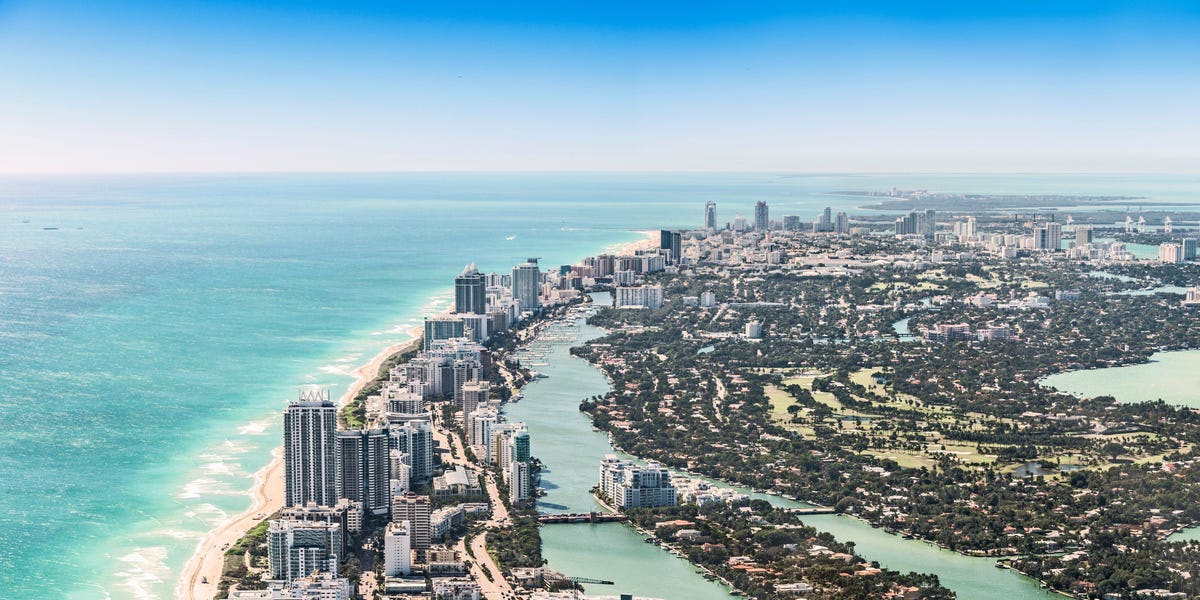 What to eat in Miami Beach

In general, Miami is known for its Cuban cuisine and its variety of Latin American and Caribbean cuisines, especially Argentinian and Venezuelan. It’s also a hot spot for chefs and mixologists around the world. And, of course, with the ocean close by, seafood – especially stone crabs at historic Joe’s Stone Crab – is a must. A local tip: the fried chicken is also delicious. And if you don’t want to queue for two hours, order from Joe’s Take Away and have a picnic on the beach.

You can’t go wrong with any of the hotels mentioned, which offer everything from a carnivore meal in Los Fuegos by Francis Mallmann (Faena Hotel Miami Beach) to a rustic feast from Emilia Romagna at Osteria Morini (Kimpton Hotel Palomar South Beach). In fact, many of the restaurants mentioned are also found in hotels that range from historic and refurbished to newer and more funky, like the Moxy.

Miami Beach is also home to a world of Michelin-starred talent. Kosushi Miami’s exquisite sushi menu and cocktails merge Brazilian and Colombian influences. At SLS South Beach Miami, The Bazaar by José Andrés offers superb molecular and gourmet bites from Latin America and the Caribbean. And a little further north, check out Thomas Keller’s The Surf Club restaurant (technically just over the border from Miami Beach to Surfside) at the historic Four Seasons Surf Club, as well as Hakkasan at Fontainebleau Miami Beach for a exceptional Chinese cuisine. And next door, Nobu Miami at the Nobu Hotel Miami Beach offers world-class seafood (Nobu Hotel Miami Beach is a boutique section of Eden Roc Miami Beach designed by Morris Lapidus).

Rooftop dining and drinks have become particularly popular, immersing guests in the balmy Miami sky through a variety of restaurants and lounges. Try Mila’s Mediterranean and Japanese menu, Serena’s Mexican fare at Moxy Miami South Beach, and Peruvian-influenced Japanese on Watr on the roof of 1 Hotel.

In Juvia, try a mix of French, Japanese, and Peruvian, but also check out the champagne bar and sunset dinner menus. Smoke hookah at Voodoo Nightclub & Rooftop Lounge, and don’t miss Sky Yard atop Lincoln Eatery, a popular restaurant.

For more casual dining, browse Miami Beach’s food halls: Lincoln Road Mall and Time Out Market. And feel like a real Miamien by ordering a beer at Abbey Brewing Co. and a tropical sorbet at The Frieze. Head to Charlotte Bakery for Venezuelan and Argentinian croquetas and empanadas, and find a mojito or Cuban coffee just about anywhere, but try Mas Cuba Cafe if you’re taking a break at The Bass Museum.