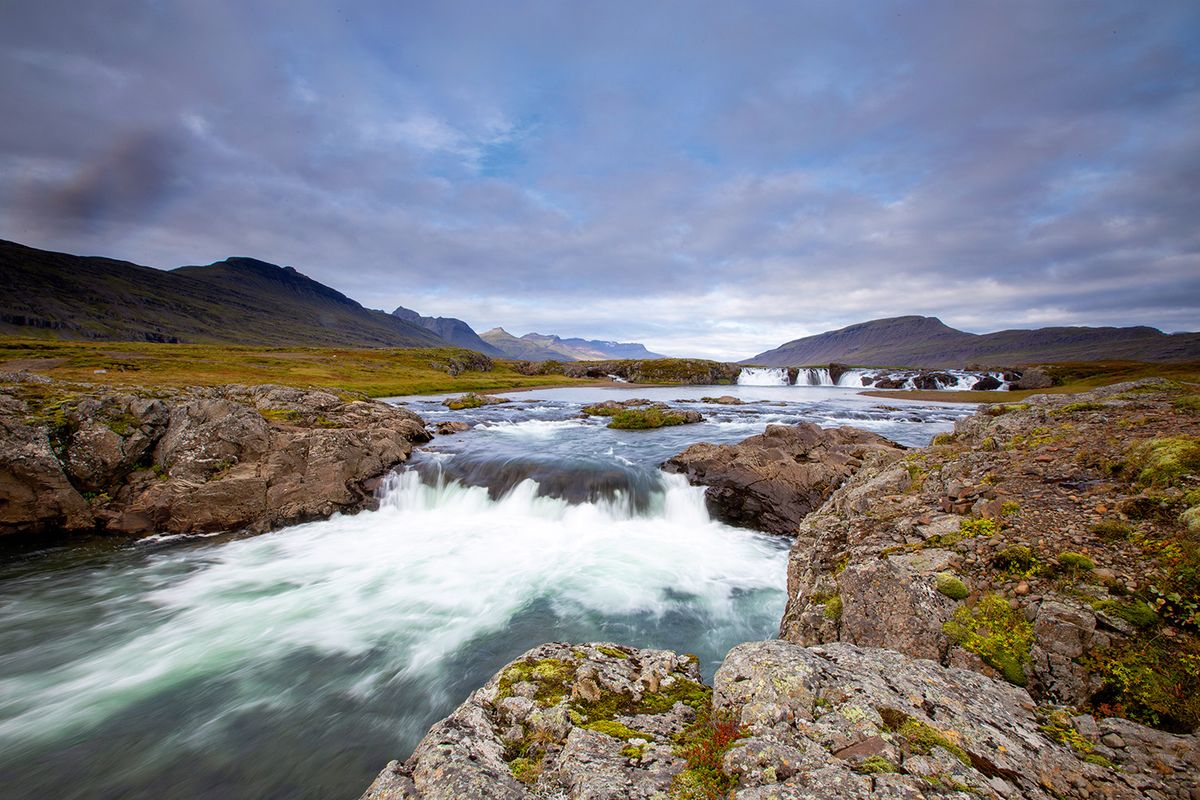 Often stuck on an overnight layover on a self-guided tour of Iceland‘s Ring Road, the East makes a superb short break destination in its own right. With five days to spend in the little-visited region of Austurland, you can not only wander the breathtaking East Fjords, but also spend time hiking in the Borgarfjörður Eystri mountains and exploring the waterfalls, canyons and dormant volcanoes of the island’s rugged interior.

The main hub of eastern Iceland, the modern town of Egilsstaðir sits in a wide valley near the northern tip of Lagarfljót. Rumors of a serpent-like monster known as the Wyrm have been floating around this glacial lake since 1345, but Hallormsstaðaskógur’s 740-hectare birch tree looks just as whimsical as you drive along the southern shore of the lake .

While forests are rare in Iceland, waterfalls appear around every corner. Hengifoss, one of the highest in the country, rises to 128 meters and plunges above striped cliffs of black basalt and red clay on the threshold of the Highlands. Dive deeper into the interior and you’ll discover more waterfalls at Laugarfell, as well as hot springs and the 1,833m hiking peak of Snæfell, the King of the Mountains. A short distance from the new Kárahnjúkar hydroelectric dam, the Jökla River has carved out the 200 m deep and 8 km long Hafrahvammagljúfur canyon. When the dam was commissioned, the river level dropped, revealing extraordinary basalt columns in the Stuðlagil canyon further downstream.

These are just a few of the natural wonders to be found on the roads west of Egilsstaðir. Head north, east or south of the city and you’ll reach the coast where the East Fjords offer some of the most sublime scenery in Austurland. From Neskaupstaður in the north, a stunning road hugs the coast, winding between mountain and sea and connecting the dots between fishing communities all the way south to Djúpivogur. Another road winds over a mountain pass before passing waterfalls to reach Seyðisfjörður with its elegant wooden houses and thriving art scene.

Meanwhile, drive north and you’ll reach Borgarfjörður Eystri, prime hiking country and a favorite spot for puffin sightings in summer. The coast and mountains here are riddled with hiking trails – tiptoe to Álfaborg (the home of the Icelandic elf queen), blaze trails to the deserted bay of Brúnavik or climb high into the mountains of Dyrfjöll , where reindeer graze and trolls hide among tangled rocks.

From Egilsstaðir, drive east over Fjarðarheiði pass, stopping to hike the short trail to Fardagafoss waterfall before reaching Seyðisfjörður. Stroll along colorful Rainbow Street to the Blue Church and visit the Skaftfell Center for Visual Art.

After an early departure from Egilsstaðir, stop for breakfast at Móðir Jörð organic farm in Vallanes before crossing Iceland’s largest forest and hiking to the base of Hengifoss waterfall. Visit the Snæfellsstofa Wilderness Center and relax in the Laugerfell Geothermal Pool with views of the snow-capped peaks of Snæfell. A paved road continues to the Kárahnjúkar dam, but to complete the loop to Egilsstaðir (via the Stuðlagil canyon) you will need to take the F910 mountain road, which is only open in summer.

It is a 70 km drive from Egilsstaðir to this northernmost village in the East Fjords. Push another 5km to reach Hafnarhólmi Harbor for an intimate view of nesting puffins (May to July), then head inland to the jagged Dyrfjöll Mountains. Don’t miss the 4-5 hour hike from Borgarfjörður Eystri to Stórurð.

Days 4 and 5: visit of the East Fjords

Follow Route 1 south from Egilsstaðir to Reyðarfjörður. A detour west along Route 92 leads to Neskaupstaður where you can watch whales and visit a museum dedicated to wildlife, maritime heritage and modernist art. Drive southeast from Reyðarfjörður to Fáskrúðsfjörður, from where the road follows the coast to Stöðvarfjördur (home to Petra Sveinsdóttir’s impressive collection of rocks) and Breiðdalsvík – a small fishing village that leads into the spectacular valley of Breiðdalur. Continue south, along the coast, to reach Djúpivogur, before returning to Egilsstaðir.