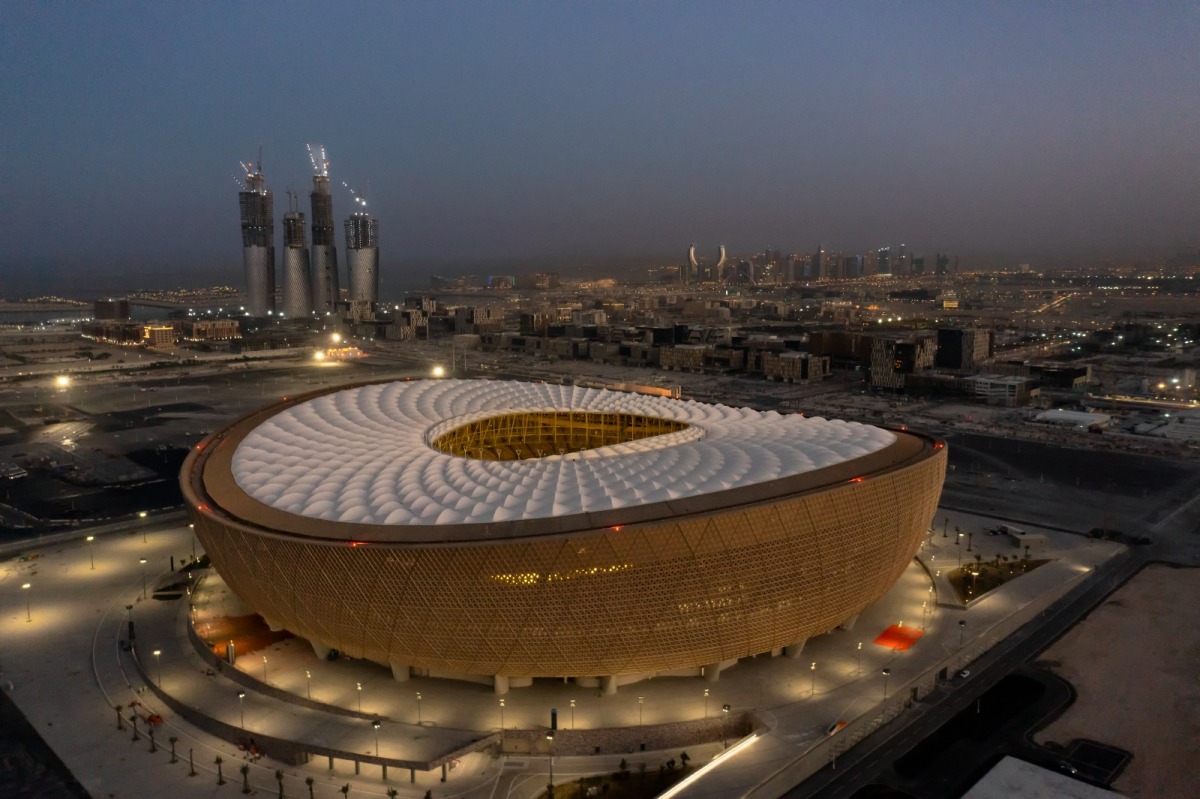 Doha: A detailed transport update has been issued by the Lusail Super Cup Organizing Committee ahead of the highly anticipated match at Lusail Stadium on Friday 9 September, to ensure a smooth experience for ticket holders and residents of Lusail.

The fastest and most convenient way to attend the event will be via the Doha Metro. The Lusail QNB metro station is a 7-10 minute walk from the Lusail stadium.

The game will start at 9 p.m. and the gates will open four hours before kick-off.

Roads and public transport around Lusail Stadium are also expected to be busy between 4:30 p.m. and 2:00 a.m. the following morning.

Road closures and diversions will be in place around Lusail Stadium on September 9. Lusail residents and the general public are invited to adjust their schedules accordingly.

Fans leaving the stadium after the match are advised to take their time as the transport network will be busy.

– The Lusail QNB metro station (red line) is close to the Lusail stadium (about 7-10 minutes on foot).
– Doha Metro will operate until 2am to meet the needs of Lusail Super Cup fans.

– Park & ​​Ride shuttle services from car parks F and G will begin four hours before kick-off and continue until 90 minutes after the final whistle.

– The Stadium Express bus service will begin four hours before kick-off and will run until 90 minutes after the final whistle.
– Services will be available from the FIFA Fan Festival Bus Center – next to the Khalifa International Tennis & Squash Complex.

– There will be drop-off/pick-up areas for taxis and VTC services.

– Fans coming from the Lusail Highway and Wadi Al Banat/North Duhail should go to parking areas C, D and E

– Supporters parking in general admission car parks are reminded to allow extra time to walk between the car park and the stadium. 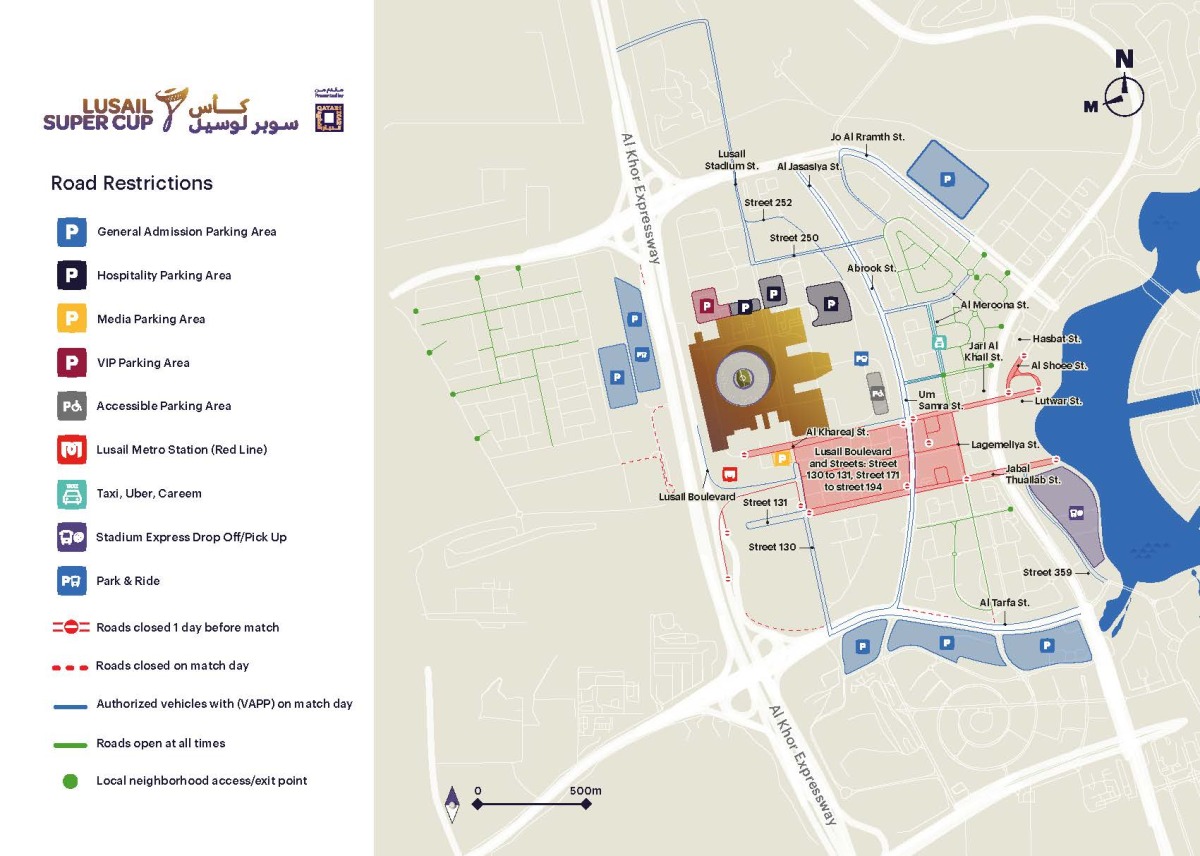 The following roads will be closed from September 8 until after the game:

Road users who do not have VIP/Hospitality tickets are requested not to follow the VIP/Hospitality signs. The following roads will only be accessible to vehicles with a parking permit from September 8 until the end of the match:

Lusail residents should note that closed roads will be open to pedestrians only. The Home Office will monitor vehicle access during the road closure period.