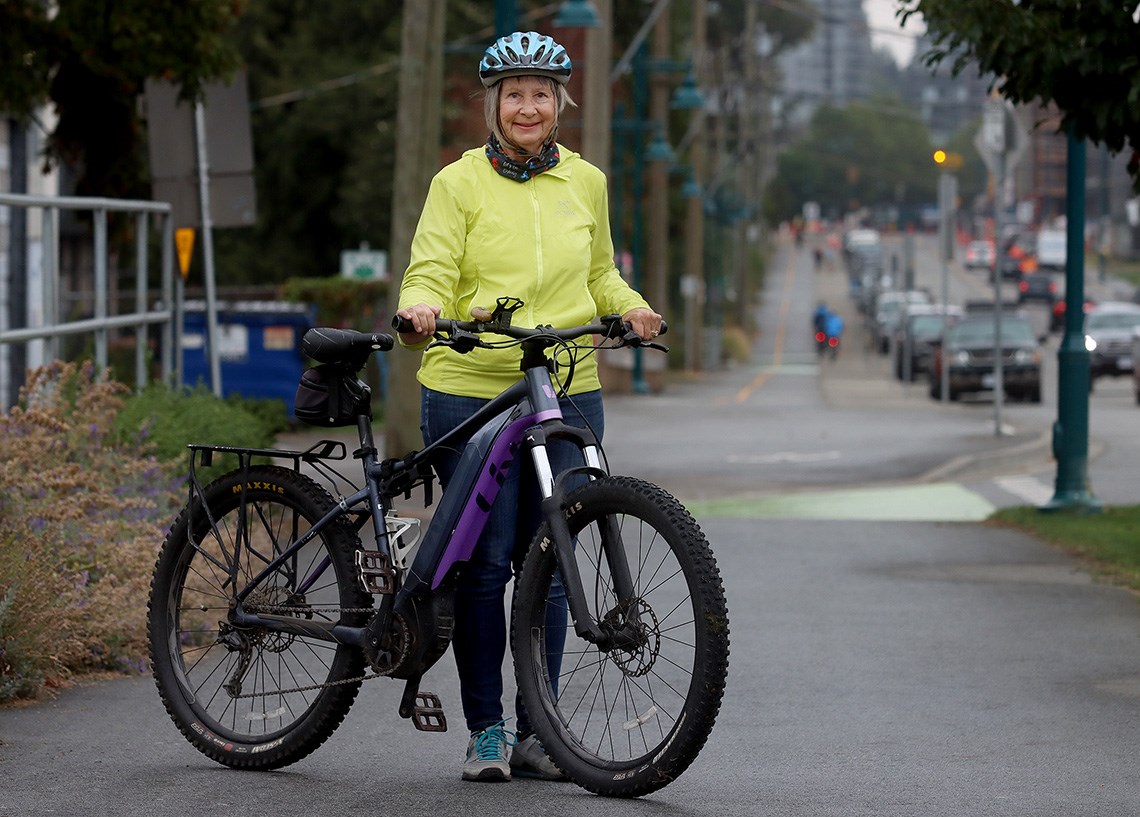 October 3-9 is Go By Bike Week, a biannual promotion by cycling advocacy group, HUB, to promote activity as part of everyday life.

Colleen MacDonald tries to ride a bike every day.

The author of Belcarra has just published his third guide to cycling routes around British Columbia.

Let’s Go Biking: Vancouver Island, Gulf Island and Sunshine Coast is a companion to MacDonald’s previous guides to routes around Metro Vancouver and the Okanagan. All three volumes are printed iterations of his popular online blog, letsgobiking.net.

MacDonald said riding a bike — whether to see the sights around you, run errands around town or get in better physical shape — is getting easier every year as city and regional governments invest more money in construction of safe and accessible routes to encourage active transportation . But finding these routes and learning how to connect them for a great day in the great outdoors can always be a challenge, especially for those new to cycling or families looking for a safe adventure.

MacDonald said technology has been a boon to finding new routes. Apps like Strava and Trailforks allow users to tap into vast databases of local riding knowledge as cyclists record their own rides. She also visits the areas she documents to talk to cyclists, visit bike shops and ride some of the routes herself, because it’s only when the rubber hits the road that she can glean the true knowledge of insiders on the best coffee stops and most scenic viewpoints along the way.

MacDonald said cyclists are only too happy to share their ideas because the more of them the better for them all; when it comes to cycling, there really is safety in numbers.

“It’s about educating people about where to go by bike,” she said.

MacDonald’s latest book features 58 rides, ranging from 5km to over 75km, ranging from scenic flat trails along old railway tracks to urban greenways to rugged mountain roads. There are even rides aimed at e-cyclists.

Of course, Vancouver Island’s renowned routes such as Galloping Goose and Lochside are popular, but MacDonald’s thirst for local insider knowledge also uncovers several little trails and links to take you off the beaten track at multiple uses.

“You can explore,” she said. “It’s amazing when you can find new places.”

MacDonald said signage can sometimes be lacking, leaving cyclists new to a route confused about whether to turn left or right at a junction. That’s why his books are formatted so their colorful maps can be easily stowed in a handlebar bag for quick reference.

It’s about making the experience of exploring by bike as easy and comfortable as possible, MacDonald said.

The payoff, she added, is worth it.

“You are right in the middle of the elements. You can feel everything, you can hear everything.

• For more information on MacDonald’s Let’s Go Biking books, as well as links to where to buy them, visit his website.