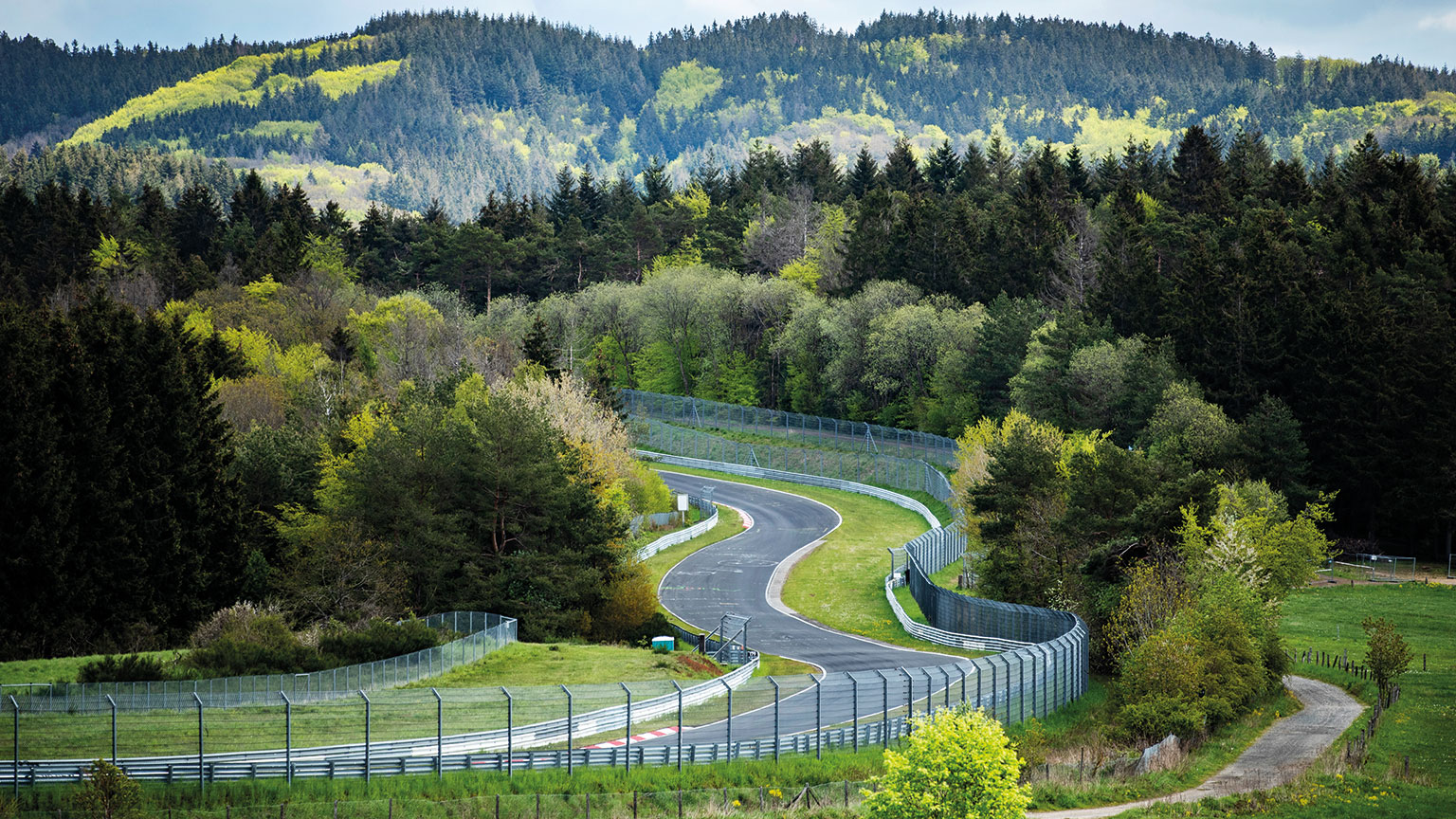 Everyone wants to drive the ‘Ring – it’s implicit in the Petrolhead Club membership badge.

We all also know that it’s nearly impossible to learn everything unless you’re a top racer with unlimited access, but this comprehensive and beautifully illustrated guide should reduce your chances of wrecking your rental car against the Armco in the first round. .

Compiled by a racing instructor and a photographer-editor, this heavy production combines the history of the legendary track, including historical nuggets such as where to find the first stone, with lots of practical information such as how to find it, how to put on the track and how to choose a formation. There’s also a ‘What to do if something goes wrong’ section, including the tour’s emergency number, as well as other ways to experience the ‘Ring – the surrounding mountain bike trails are very popular – and where to find food, since both authors know the area intimately.

These basic practicalities are found somewhat oddly in such an attractive book: some of the photographs are stunning and the reproduction is terrific, so you can sit happily and read stories from the past while reveling in the images of this beautiful region. One section is about the Eiffel region that surrounds the famous circuit, so in some ways it’s more like a tourist guide than anything else.

However, I have yet to mention the heart of the book – very detailed and knowledgeable descriptions of what to expect corner by corner and how to deal with it. Roy Hastings is a racing instructor and has plenty of track experience, so his knowledge is calculated to a) keep you safe and b) lower your lap times, whether you’re just having a special day or preparing for your next race. This is linked to indicators on several aerial photos, so you read “After the exit we need to run to the left side of the runway. Ahead on the left we see the sign 2km (3B) » and so on. This is all a real plus if you’re driving, although you couldn’t exactly take this book with you for a co-driver to read, so how much memory you could commit to is questionable.

A strange mix then – as if you were taking your vitamins in the middle of a pretty cake. CG

Inside the machine
David Twohig

Gordon Murray drives an Alpine A110. That tells you something. This book tells you much more: how the Alpine was born, told from the inside by the man who led the project. A mainstay of Nissan/Renault throughout his career, what he has to say, even though it’s largely about production cars, says a lot about
the effort and ingenuity it takes to bring us the cars we actually drive, from the mundane to the clunky. Even the Zoe section is informative, but
it’s the A110 part that hooks up, including the Caterham/Alpine rift. CG
Veloce Edition, £19.99
ISBN 9781787117686

No racing at all here, just car versus elements. A gripping story about a man’s 1960 Land Rover journey from Cape Town to London through the Sahara. Philip Kohler’s own atmospheric shots illuminate the book, along with all of its documents, found by the car’s current owner, Martin Port. A fun diversion. CG
Porter Press International, £30
ISBN 9781913089290

French photographer Bernard Asset has been involved in racing for an eon – his first F1 press accreditation was for the British GP in 1973. This is the third installment in the By Bernard Asset series (after Michael Schumacher and Jacques Laffite ), with 144 pages of Images of Andretti from 1977 – close-ups in the cars, on the track and near the trophy cabinet. Along with the tributes from the pilots, crew and fellow snappers. Colin Chapman’s son, Clive, recalled: “At Watkins Glen 1968, for his first Grand Prix, Mario said, ‘Let me know when you want me to put her on pole, Colin.’ Which he duly did. My dad loved it. Limited to 1000 copies; pre-order for delivery in December. LG
Red runner, £105