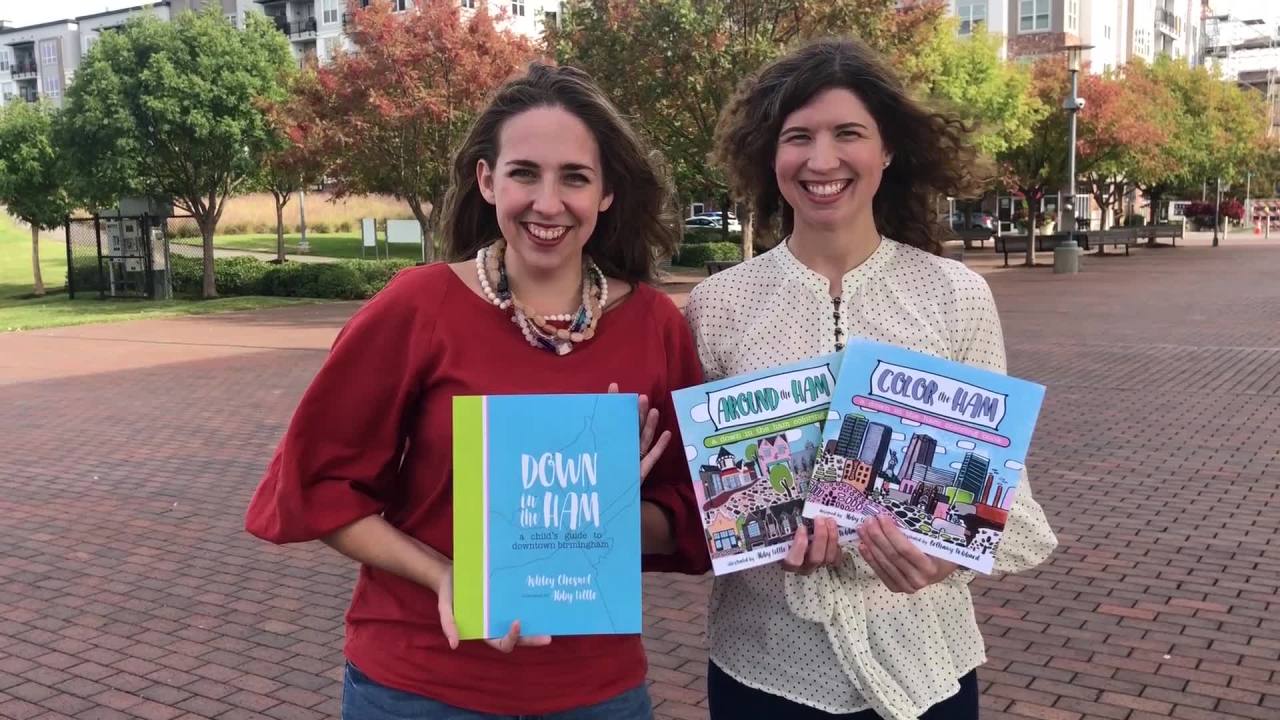 BIRMINGHAM, Alabama (WIAT) – Turn the pages of this Birmingham book to take a trip around the magical city.

At least that’s what Ashley Chesnut and Abby Little Jessup hope when you dive into ‘In the ham.’ The Birmingham City Guide for Kids introduces you to the area and introduces you to its many attractions. It even features areas some Birminghamians may not be familiar with.

The idea behind the creation of the book germinated when the author, Chesnut, saw a similar children’s book in Greenville, SC, where there are nine bronze mice on the hand and a guide to show kids the town.

â€œMy friend’s kids read the book and were so excited about their downtown because of it,â€ Chesnut said. “And I just thought, ‘I wish I could capture this enthusiasm that these kids had for their city and have it in Birmingham. “

After brainstorming, Chesnut hooked up with a local artist, Abby Little Jessup. The two met on Facebook.

“She had seen this painting titled ‘Lovingham’ at a Save-a-Life auction,” Little Jessup said.

The painting shows many Birmingham attractions like the Alabama theater sign, the great statue of Vulcan, Railroad Park and the skyline. Shortly after discussing expectations for the book, they were both on board to create “Down in the Ham.”

â€œWhen she reached out, I was really excited to meet her and hear about the project,â€ Little Jessup said, â€œAnd she really hooked me up with the first line of the book.â€

In addition to the main book, there are two accompanying coloring books called “Color the Ham” and “Around the Ham”. Two coloring books that allow children to color Birmingham.

Books can be purchased on Amazon, but also locally at West Elm in the Summit, Alabama Goods in Homewood, and at many other events like Pepper Place a few Saturdays throughout the month.

The books have been so successful that the ladies are also working on a new project that works with Vulcan Park and Museum. The next book is already in preparation and just as exciting as “Down in the Ham”.